Paul Luther is a self-taught, accomplished musician, now lending his skills and experience to the Music Compound  and our students. When he was just seven years old, Paul picked up the classical guitar and from there his love for music only grew. By the time he was a teenager, Paul had become a self-taught musician on the electric guitar.

Paul earned grade 5 in performance on the classical guitar through Trinity College of London. After he left school, Paul experienced a successful career in his home country of England. He was a well-known session player for many bands, and even appeared on the iconic British music television show, “Top of the Pops” three times! Paul has performed live at some of the U.K.’s largest music venues, including the world-renowned Wembley Stadium.

While on tour in the U.S. in the late 90s, Paul fell in love with the country. Then, in early 2007, he packed his bags and traveled the Atlantic to come live in America. After relocating, he landed in Indiana, and later Florida.

Paul has always been involved in music education while pursuing his career as a performer, totaling 15 years of teaching experience. In England, he worked for Southern Counties Music Services, leading guitar group-lessons within the school system. Once he was in the U.S., Paul continued music education at Front Porch Music in Valparaiso, Indiana, instructing a wide variety of students from the ages of seven to seventy. He now calls Bradenton home, and performs regularly. At the Music Compound, Paul teaches acoustic guitar, electric guitar, classical and finger style guitar, ukulele, song writing, and recording/sound production.

With his impressive career and musical accomplishments, Paul is sure to make a great fit. His dedication, impressive performance skills, knowledge, patience, and passion for guitar are just a few of the things that make Paul an intrinsic part of the Music Compound. 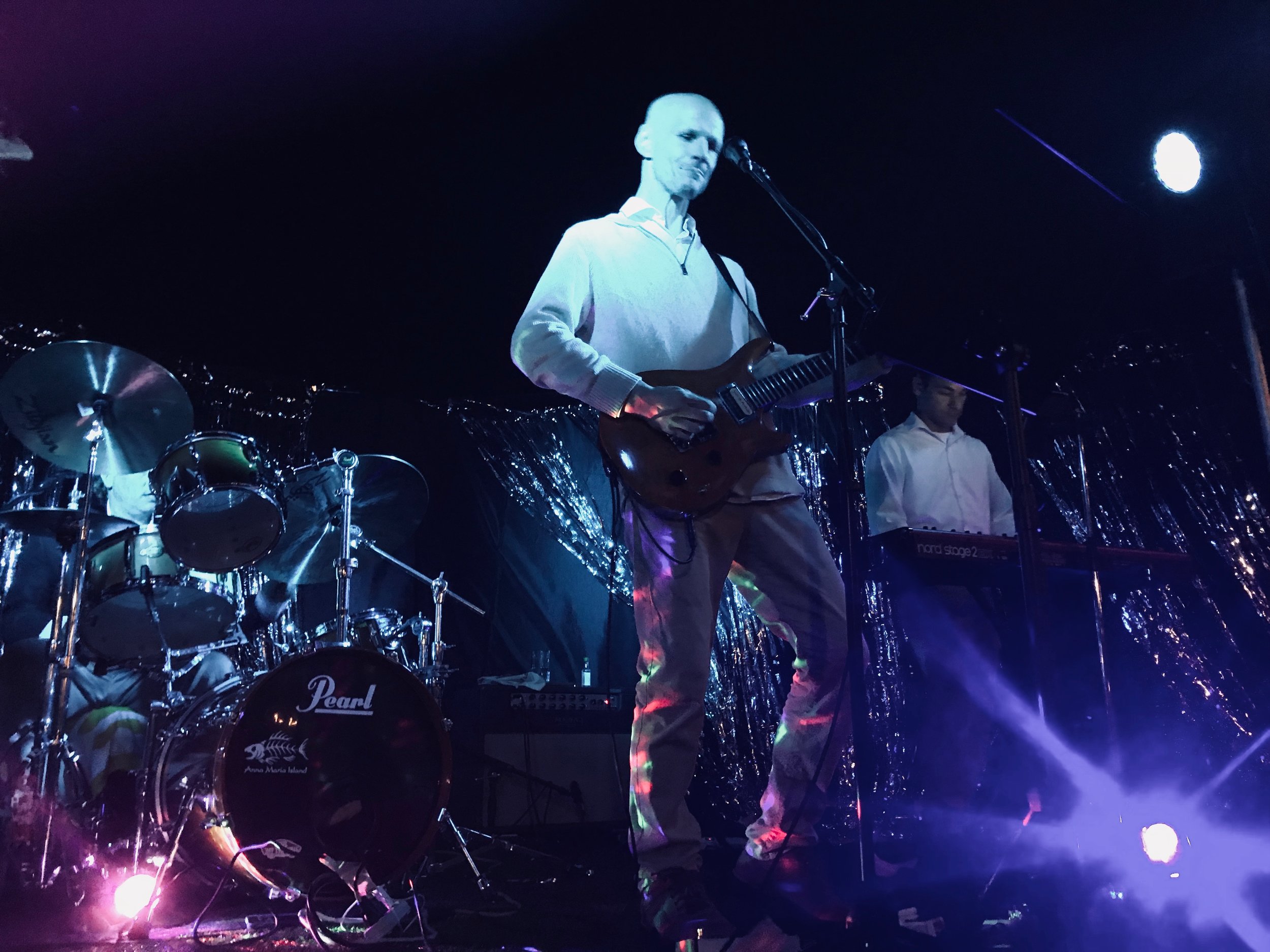