Part of Music Compound's mission is to provide an opportunity for musicians to collaborate. Our band programs allows like-minded individuals to connect and create music together.

Check out the MC Bands

Music Compound’s band program features five bands consisting of youth and adults.  The bands perform at Music Compound and out about.

About our Band Program

Music Compound is a performance based music school. Our mission is to inspire, educate, and collaborate.  Our band program allows musicians of all ages to play with others in a managed setting. Each band is assigned a band leader. Band leaders manage weekly rehearsals, manage song and key selection, break down lyrics and song structure, and encourage musicians to play together as a team.

Each band will perform one to two times per month for a live audience. Performances happen at Music Compound, area venues and events.

Each week the band will meet to rehearse for 55 minutes. The rehearsal is outlined and lead by the band manager. Each rehearsal will allow solo performances, growth evaluation, rehearsing old songs, and learning new songs.  The last 10 minutes of each rehearsal will be filmed and shared with band members for future use.

Band members are responsible for practicing on their own, learning songs in private lessons or at home, and bringing their supplies each week. Every band member will receive a planner to track weekly tasks and listening exercises.

Each band will learn a variety of genres. Band leaders will share videos, songs, history, and more about each genre to broaden music knowledge and interest.

The goal is to inspire their inner musicianship and promote growth musically and personally.

Slackers will not be tolerated or accepted in the band program. It is not fair for other band members. If a band member is not practicing, holding their own, or putting forth the effort, they will be removed after three warnings.  We are in this together. You’re either in or not.

Attitude is key. Our expectation is that every band member wants to be present and part of the band at every rehearsal, gig, and function. We will not tolerate bullying. We will teach band members how to encourage each other for the greater good of the entire band.

Our band program will also feature music production and videos. 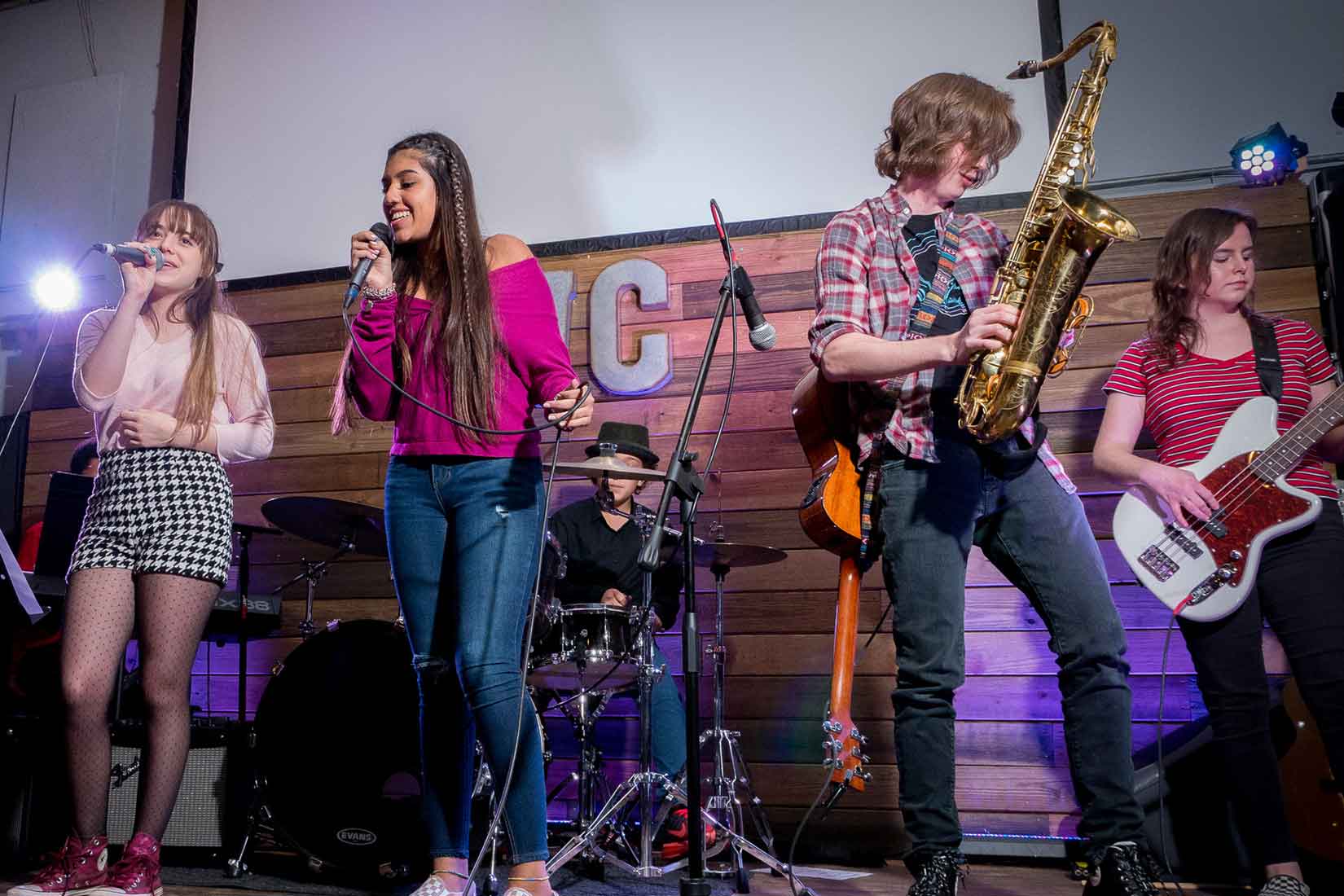